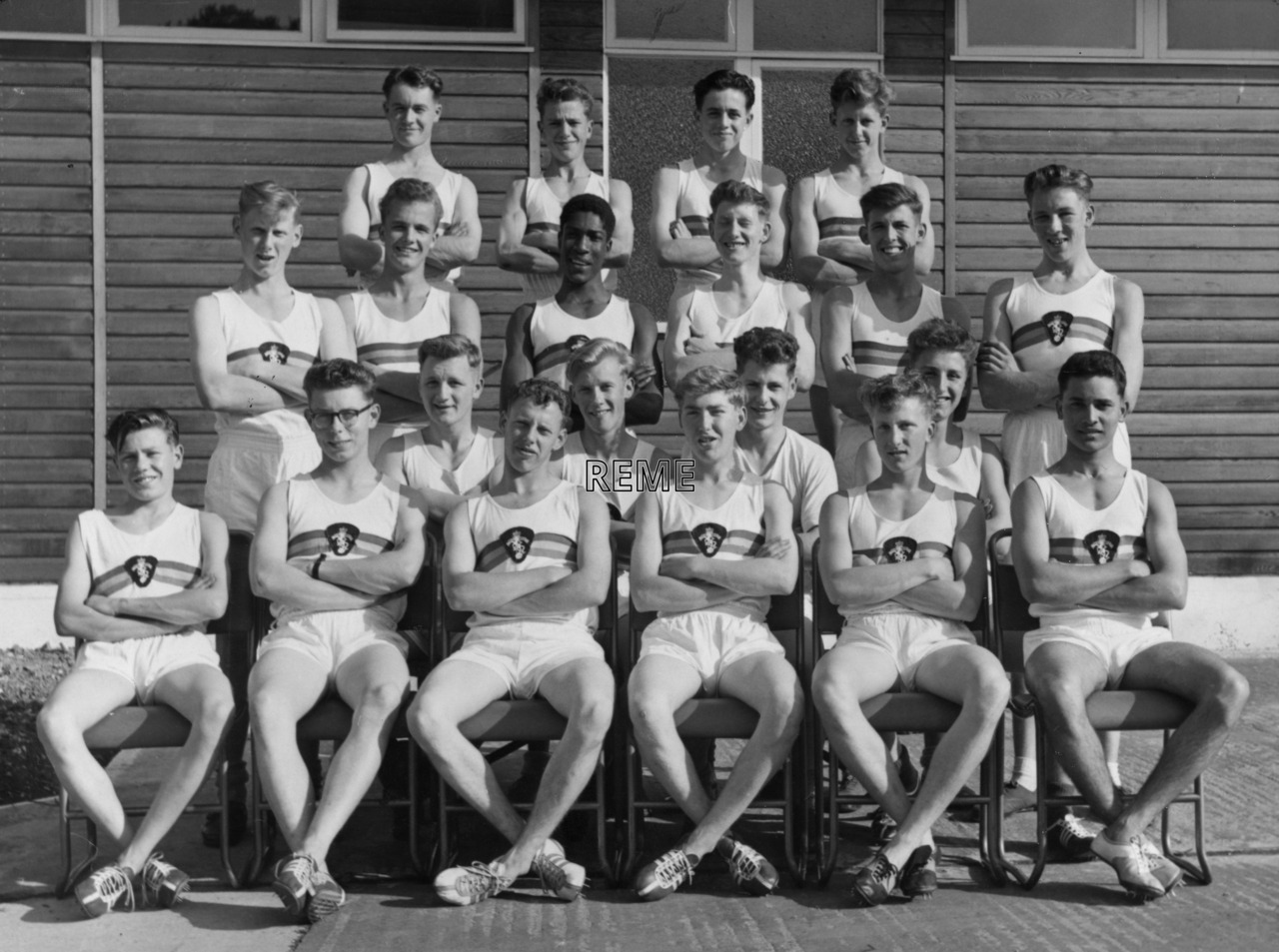 Back row, Left  to Right: Noble, Brown, Neve and Cooper.

The team were the winners of the Berkshire Boys Clubs Athletic Championships.